Whitby Warriors general manager Greg O’Connor kept his emotions in check when making the selection. And St. Catharines Athletics head coach Steve Toll was stone-faced when he followed with a few words about the player taken with the honorary first overall selection in the Ontario Junior Lacrosse League draft.

After all, these are tough lacrosse men who show their passion on the arena floor but keep their personal emotions hidden behind their jerseys, right?

For Toll, who is a lacrosse legend both in St. Catharines and in the Oshawa area, the selection of Tucker Williams, who died eight years ago from Burkitt’s Lymphoma at the tender age of eight, was as emotional as it gets.

Toll’s son Zackary, who was taken third overall in the draft by St. Catharines, was best friends with Tucker growing up and Toll, in his address to the media Sunday at the Toronto Rock Athletic Center in Oakville, said he knows Tucker would have been happy to see “so many of his Oshawa buds get drafted here today.”

“I spoke to Willy about today and we were both crying,” he said. “Everyone knows Tucker would have been taken number one today.” 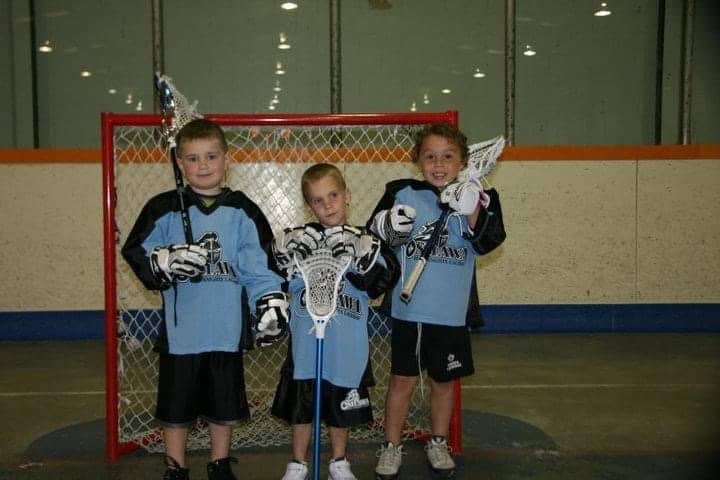 Tucker was diagnosed with Burkitt’s Lymphoma, a rare form of cancer, in January of 2014. He had surgery at Sick Kids to remove the tumor and immediately started chemotherapy. After four months of treatment he returned to the lacrosse floor to lead his team to a pair of tournament titles in what seemed like a story straight out of Hollywood. But the cancer had spread to his heart, lungs, brain, liver, spleen and pancreas. While cancer ravaged his body, he scored three of the four goals in the championship game at the highest level of lacrosse in the province.

The next day he was back at Sick Kids. Tucker Williams died December 17, just six months after that last game.

“His spirit is still with us today and his legacy will live on,” O’Connor said while making the honorary selection.

Indeed, Tucker’s legacy is honored every summer with the Braver Than Brave lacrosse tournament, with proceeds going to support pediatric lymphoma research at Sick Kids. 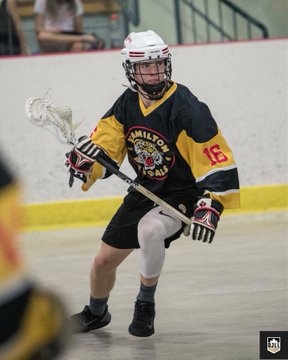 A total of eight members of the Oshawa Blue Knights – the reigning Ontario Summer Games U-17 gold medalists – were taken in the two-round OJLL draft, a record for the league. Many were teammates of Tucker in 2014.

Toll drafted five of them for his St. Catharines club, including his son Zackary, while Whitby selected two Blue Knights, including another of Tucker’s best pals from 2014, Treyson Stewart at #5.

The number one selection in the draft was Clarke Dunford from Hamilton, who was also taken last year by the Hamilton Bulldogs in the OHL draft. Dunford was picked by Kitchener-Waterloo. 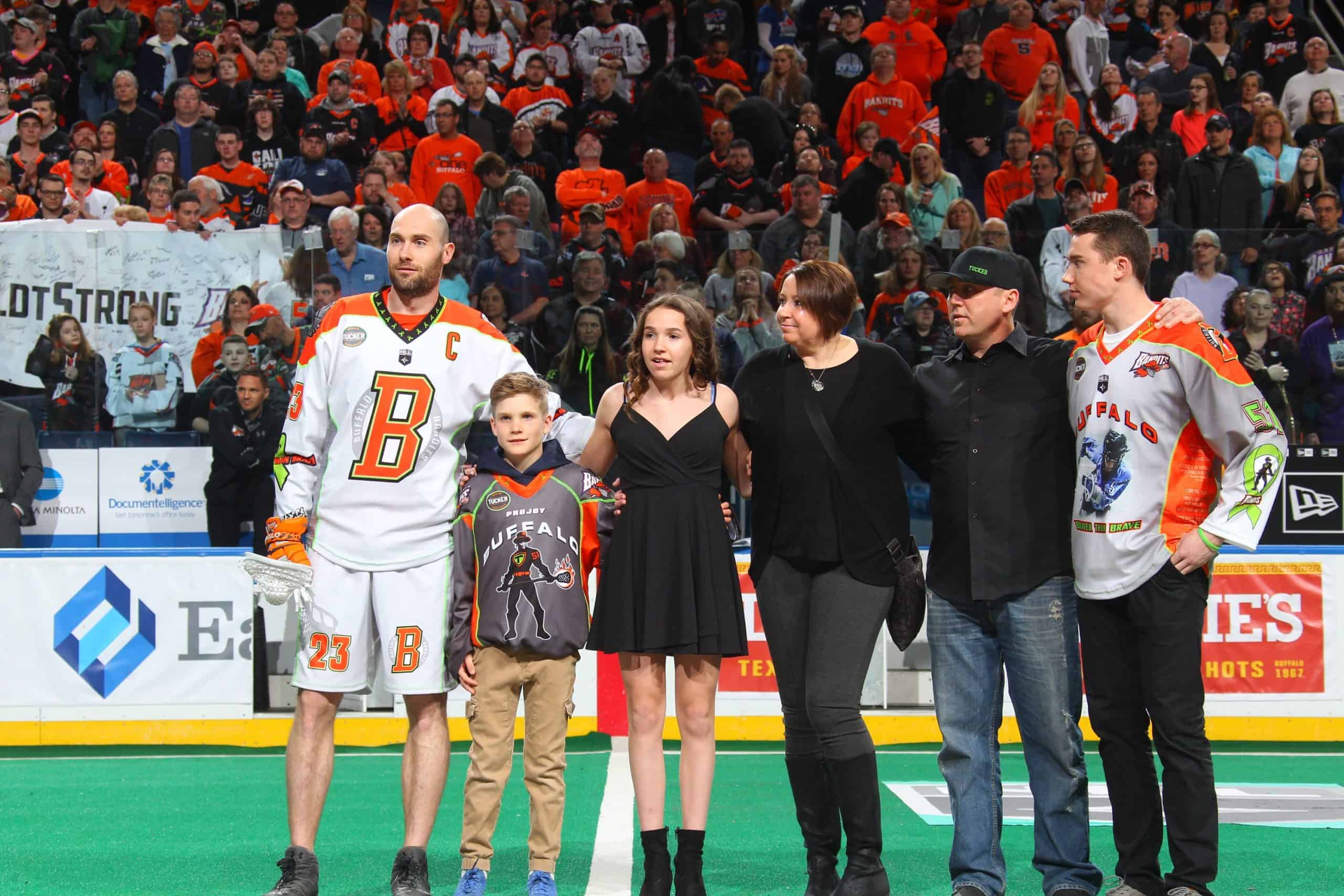 Buffalo Bandits captain Steve Priolo with the Williams family at an NLL benefit game on April 21, 2018

We are beyond thankful to our lacrosse family for honoring our beautiful Tucker. An absolutely amazing gesture that we will never forget. #WeLoveYouTucker #WeMissYouTucker #BraverThanBrave https://t.co/RDXzLLr132